Please pray for a cold snap! 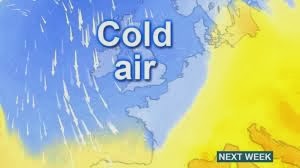 We vineyard owners are probably in the minority hoping for some colder weather in February. The rain isn't a big problem because all we are doing at this time of year is pruning. But if the unusually high temperatures persist the vines will bud early and will be very susceptible to spring frosts.

Alex (with a little help from me) is well over halfway through pruning the vines. We will leave pruning those in the areas most prone to frost until last, with the hope that it will delay them budding. We will also tie down the fruiting canes as late as possible, which may give them a bit more protection at the bud swell stage.

Come April we will no doubt be out in the vineyard in the middle of the night trying to raise the temperature with our boujies. I've just ordered some more, as well as some Valerian (biodynamic preparation 507) which we will spray on the vines before a frost. Valerian is a liquid made from the flowers of the herb valerian which stimulates the plant's metabolism, effectively warming it up from the inside.

I'm definitely a proper farmer now....always complaining about the weather!