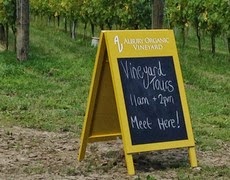 This year, Albury Organic Vineyard is opening for tours and wine tasting! Throughout 2015 we are offering a number of general tour and tasting sessions costing £10 per person, £5 of which is redeemable against wine purchases. All tours start at 11am and last apoximately 1 1/2 hours.

History in the making! Get a flavour of how the UK's first 'Pet Nat' sparkling wine was created by Monty Waldin and Albury Organic Vineyard. Filmed over a year, this series of 13 short films tells the unique story. English Winemaking at its best!
Albury Vineyard has teamed up with Monty Waldin, an expert in biodynamic wine, to produce Monty's Pet Nat, the UK's first petillant naturel. Monty's Pet... 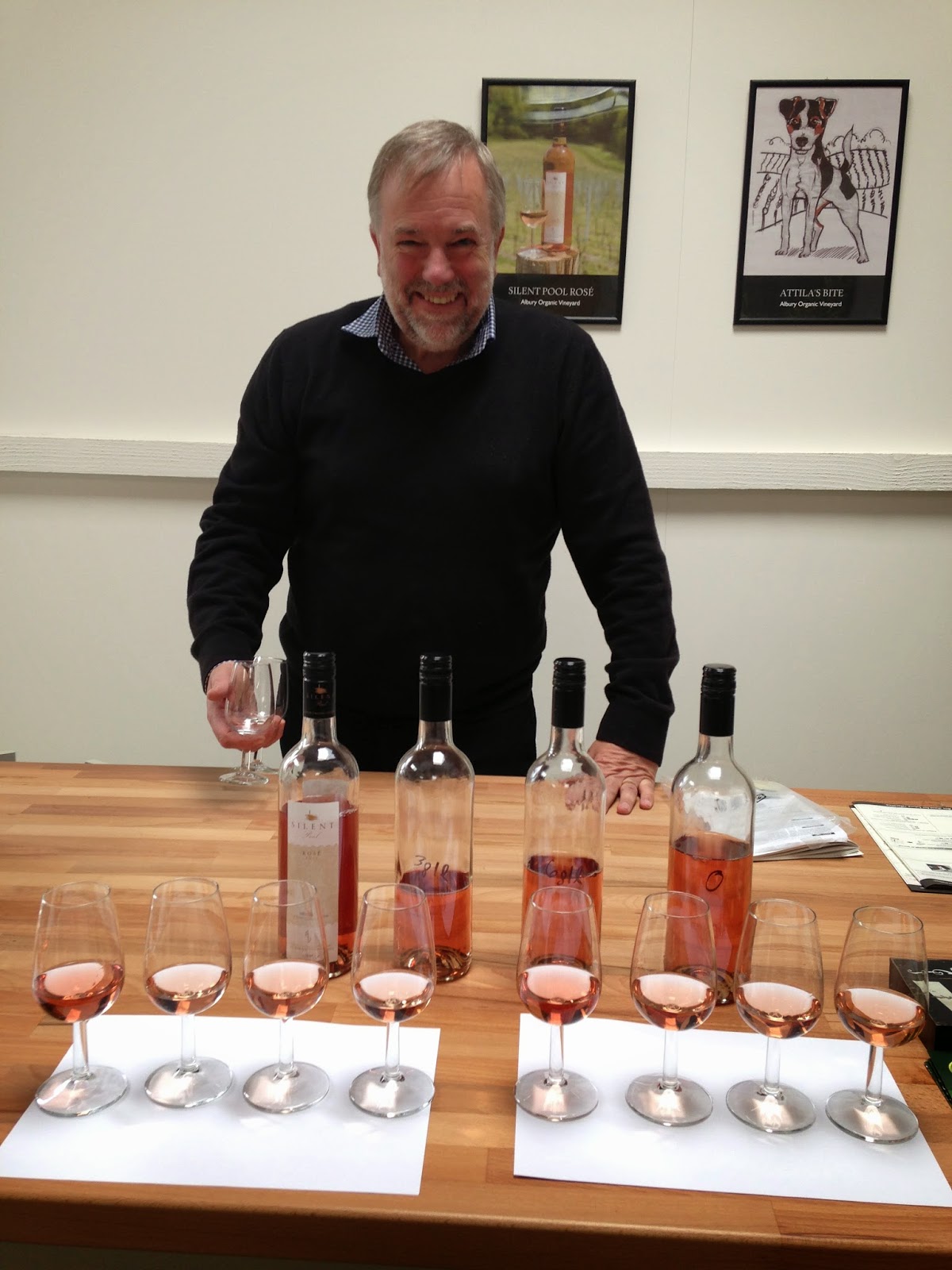 Last week we tasted our Silent Pool Rosé 2014, which will be available at the beginning of English Wine Week on 22nd May when we will also be releasing Albury Estate Premier Cuvée (our first quality bubbly).

Ulrich Hoffmann (the winemaker) has once again done an excellent job and produced what is probably our best still rosé wine so far. Made from Pinot Noir and Pinot Meunier grapes it has a salmon...

According to the Biodynamic Calendar today was a Fruit Day, which is a great day for tasting wine.

There are four different classifications of days (Fruit, Flower, Leaf and Root), defined according to the position of the moon in relation to the twelve constellations. Each constellation is associated with four elements, earth, air, fire and water and each of these elements effects a different part...

The Vineyard after Winter 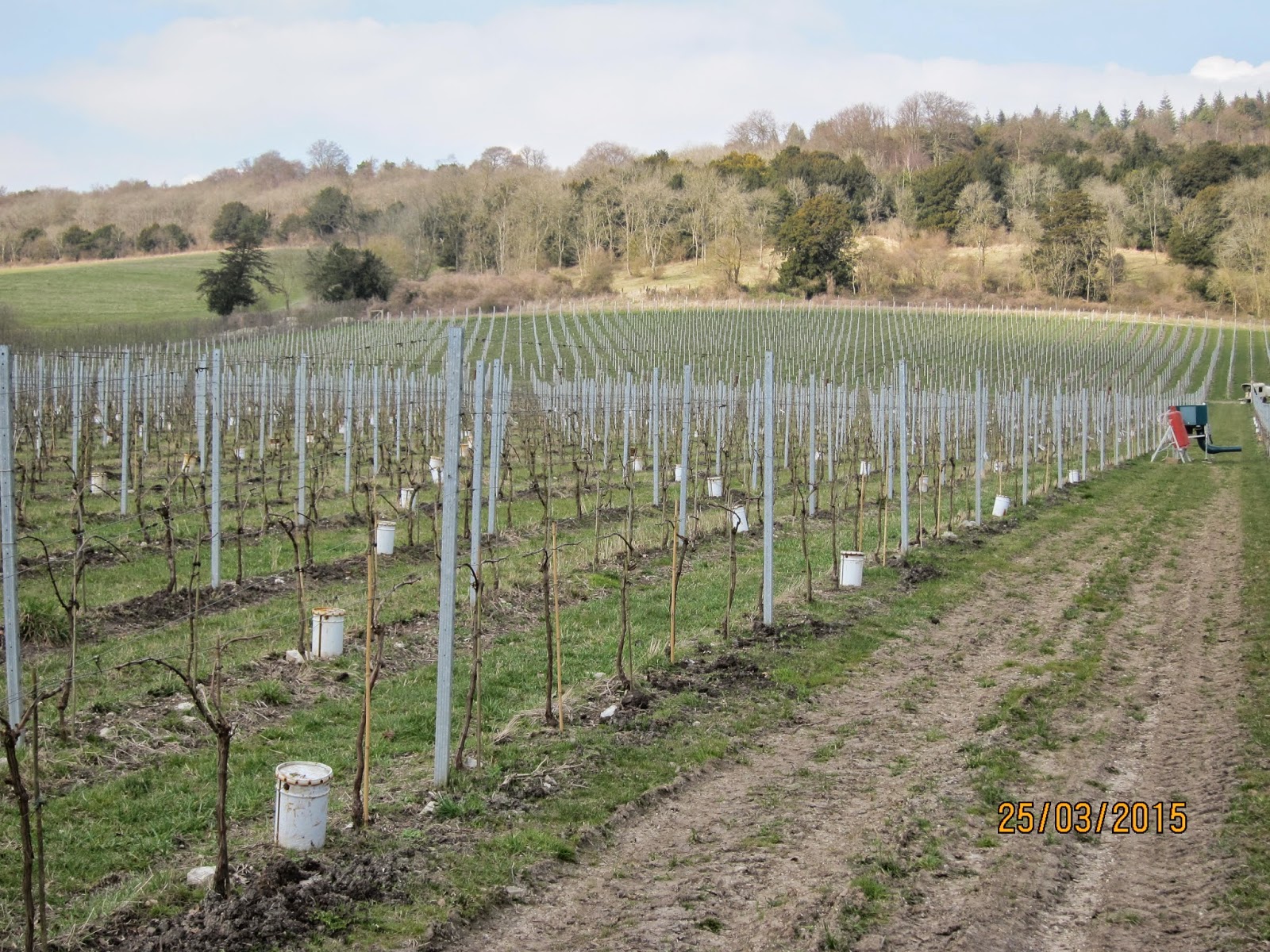 During the winter we've been busy pruning and tying down our 21,000 vines. It's the "royal we" of course as Alex has done almost all the work! The old wood has been taken off the vineyard and burnt, and we are now replacing broken canes and repairing some of the trellising.

We are also spreading some biodynamic compost on the vineyard which adds organic matter and helps to put back some of the...

Today was an exciting day for us as we bottled our Petillant Naturel! This natural wine is the first of its kind to be produced in the UK and it has been a very interesting experiment for us. We have been undertaking this project of making natural wine with biodynamics expert Monty Waldin, and the wine will be called...

Assemblage for the 2014 harvest 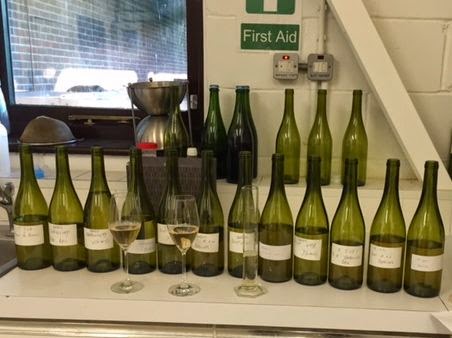 Yesterday Alex and I met up with our sparkling winemakers at Litmus Wines, together with Stephen Skelton MW, to taste the base wines from the 2014 vintage in order to decide what sparkling wines we would produce. In Champagne this process is called Assemblage.

There were many wines to taste; first and second pressings from the Chardonnay, Pinot Noir and Pinot Meunier, as well as small amounts of...

Attila's Bite, the first spirit from Albury Vineyard, will be released for sale at the end of this week.

It is a fragrant, aromatic eau de vie de vin made from Seyval wine (produced from the 2013 harvest) by the Silent Pool Distillery. It is excellent as a digestive after a meal and, from personal experience, I can recommend it with some good...

Last week Anne Milton MP hosted an event at the Houses of Parliament to showcase all the fabulous things that Surrey has to offer, including of course our wine.

Silent Pool Rosé was enjoyed by many MP's and their staff as they visited us between important debates and votes in the House. We were particularly delighted that David Cameron stopped by and tasted...

Attila and the Cow Horns 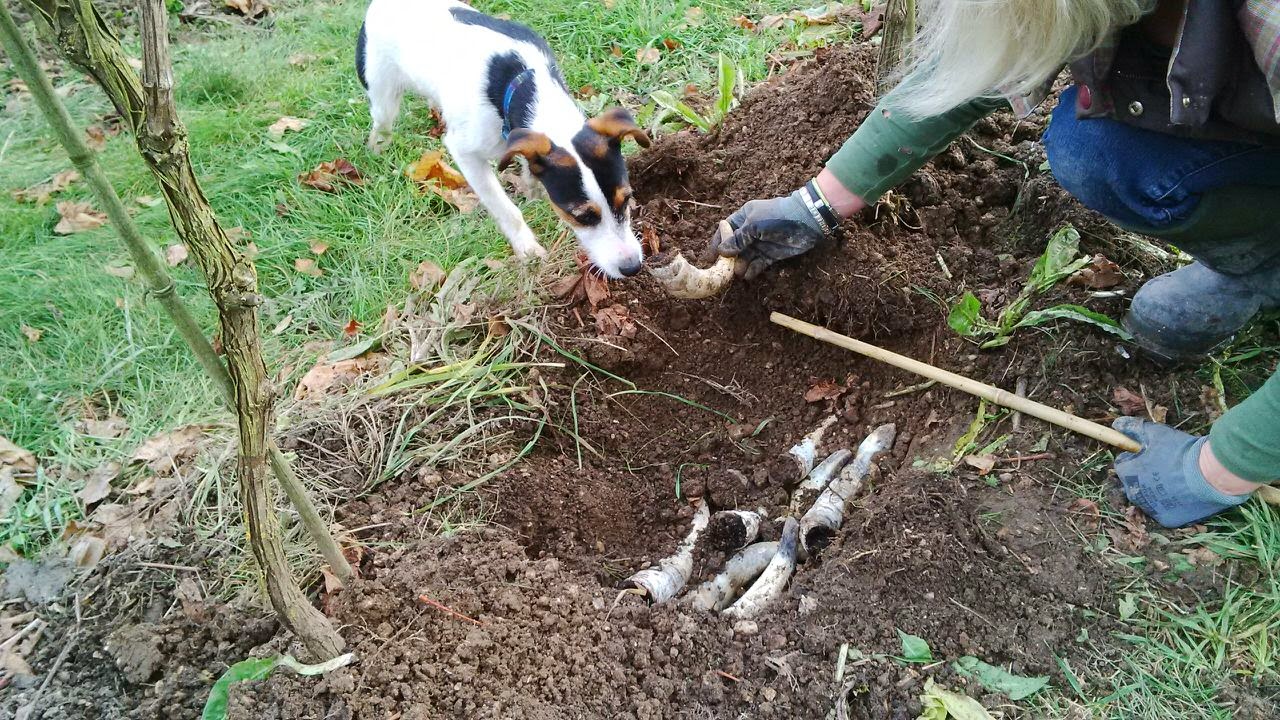 Now that the harvest has finished we are busy tidying up the vineyard and preparing for next year. This of course includes burying our cow horns, filled with dung from a lactating cow, which will form the basis of biodynamic preparation 500.

Biodynamics is an advanced form of organic viticulture. "Bio" means life and "Dynamics" means energy. It's an holistic approach which aims to harmonise... 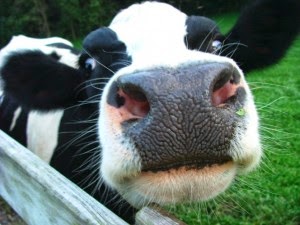 Cow Pat Pit (CPP) is a biodynamic preparation that stimulates soil activity and enhances the humus forming processes of the soil. It also helps to initiate the fermentation of manure and activates organic matter conversion in compost. Research carried out after the Chernobyl disaster showed how it helped reduce the effects of radioactive fallout on land where it was applied.